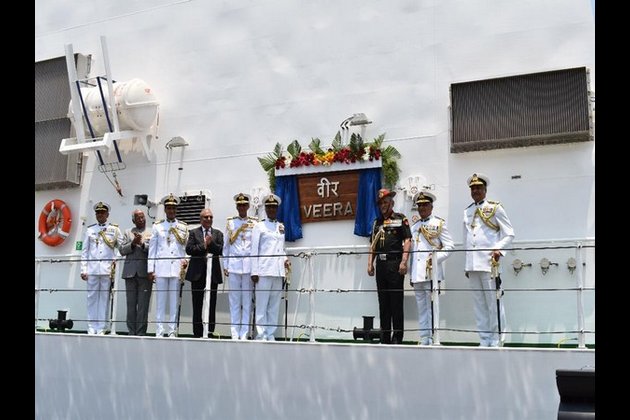 Vishakhapatnam (India), Apr 15 (ANI): Army Chief General Bipin Rawat said on Monday that Army will deploy a fleet of hovercrafts at Rann of Kutch for guarding the international border with Pakistan.

The Army Chief said that the "training" and "operation" of the hovercrafts would be done by the Army in coordination with the Coast Guard which have experience in operating it.

"They are being based on the western coast in the Rann of Kutch," said Rawat when asked about the deployment of hovercrafts. The Army Chief was talking to ANI here after inducting the Coast Guard ship "Veera" into the maritime force took after the security of the eastern coast.

The India Coast Guard and the Army were cleared to buy around 12 hovercrafts for surveillance in marshy and marine areas in the Gujarat border.

"The Indian Coast Guard has been carrying out its task in a very professional manner and they have been continuously upgrading their effort. Today I am very happy that Indian coast guard ship Veera has been commissioned and it will add to the coast guard strength and help them monitor the coastline of the country more effectively," said General Rawat (ANI)

DUBAI, UAE - The Dubai government is to relax restrictions on wearing face masks in public.Until Sunday, everyone regardless of ...

Something is Deeply Wrong in the American Psyche

Americans continue to shun use of masks

ALEXANDRIA, VIRGINIA - At a grocery store in Alexandria, Virginia, customer Laura Shafor was dismayed about a couple who weren't ...