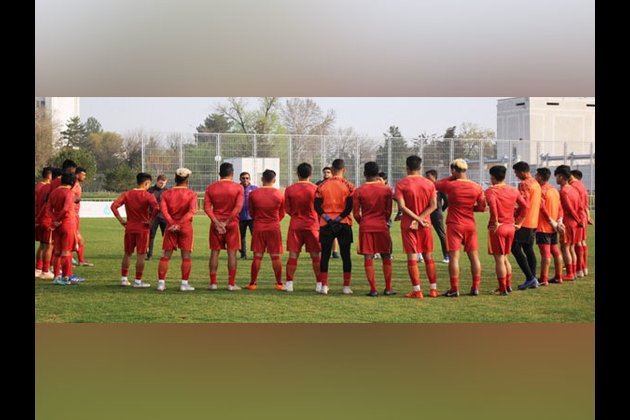 Tashkent [Uzbekistan], Mar 22 (ANI): There is no dearth of zeal within the new-look India U23 national team which has reached Tashkent amidst challenging climatic conditions for the AFC U23 Championship Thailand 2020 qualifiers.

"The conditions have not been ideal for us. But the boys have the potential to make the opportunity count," head coach Derrick Pereira said.

India will kick-off their campaign against hosts and defending champion Uzbekistan at the Pakhtakor Stadium, Tashkent on March 22. The match is scheduled at 5.30 pm (IST).

India will play Tajikistan in their last Group F match on March 24.

Pereira also mentioned the significance of the friendly against Qatar before coming to Tashkent.

"We had a good competitive game against Qatar and the boys have learned a lot from the game. Hopefully, we can execute the lessons on the pitch," he said.

The team is bolstered by the presence of nine boys who had represented the nation in the FIFA U17 World Cup in 2017.

Meanwhile, Uzbekistan head coach Ljubinko Drulovic said that his team's intention is to finish at the top of the group.

"We want to score as many goals as possible and win the matches. We want to finish the group at the top nonetheless," he said.

Pereira said, "We know both of the matches are going to be very tough. But it is more to focus on our game rather than our opponents. We have information about our opponents. But we need to implement our strategy on the pitch." (ANI)