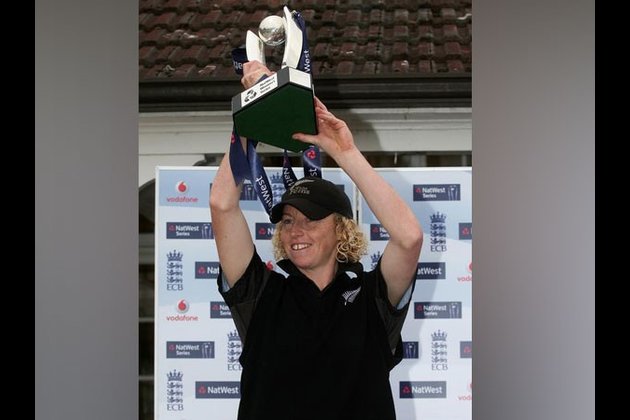 Wellington [New Zealand], Mar 22 (ANI): New Zealand women's cricket team, head coach Haidee Tiffen has decided against reapplying for the position after her contract expires at the end of July.

In a statement issued from New Zealand Cricket on Friday, Tiffen said she wanted to look for "other opportunities to develop her skills and work with a wider range of people, possibly in different codes", stuff.co.nz reported.

"I believe in collaboration, hard work, respect, and team first and I have enjoyed developing a learning environment where players are supported and encouraged to take responsibility to be better every day," Tiffen said.

Tiffen, who took over the coaching reins four years ago, pulled out of White Ferns' 0-3 ICC Women's Championship defeat against Australia in the Rose Bowl series last month as she felt she was not in the right frame of mind to coach the team.

The decision came soon after a New Zealand Cricket review of the ICC Women's World T20 2018 in the Caribbean, where New Zealand failed to advance beyond the group stage.

"I just want to do what's best for the team," Tiffen had said at the time. "The review was fairly confronting and challenging, and I can't really imagine being in the right frame of mind to help this side during the upcoming series."New Zealand Cricket chief executive David White wished Tiffen well, saying she has contributed strongly to the growth of the women's game.

"Haidee's made a decision and we understand and respect that. She is a talented and committed coach who leaves NZC with her head held high, and knowing she has a healthy future in the game," he said.

"Women's international cricket has been making some rapid gains of late and Haidee has worked tirelessly in what has been an increasingly-competitive high-performance environment. We wish her well and thank her for the integrity and passion she has brought to the role," the chief executive added. (ANI)

NEW YORK, New York - U.S. stocks roared on Friday, shrugging off concern about the burgeoning coronavirus in the United ...

SYDNEY, Australia - Stocks in Hong Kong fell sharply on Friday, dragging the rest of the region lower as well.The ...