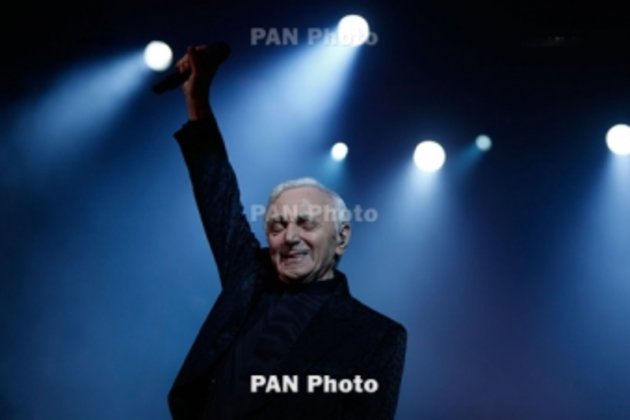 "The world lost a great artist, but his art continues to live and for a long, long time will illuminate more than one generation with its light," said Philipp Kirkorov, the host of the event.

Aznavour died on October 1 at the age of 94. Born to Armenian immigrants, he sold more than 180 million records and featured in over 60 films.

He was best known for his 1974 hit She and was awarded a star on the Hollywood Walk of Fame in 2017.

NEW YORK, New York - U.S. stocks roared on Friday, shrugging off concern about the burgeoning coronavirus in the United ...

SYDNEY, Australia - Stocks in Hong Kong fell sharply on Friday, dragging the rest of the region lower as well.The ...