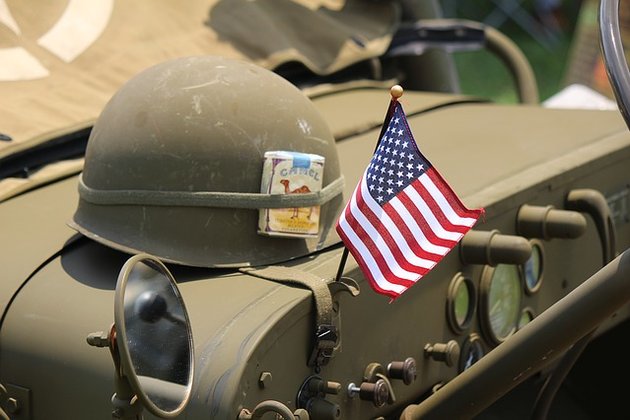 KABUL, Afghanistan - With no conceivable end to America's longest military engagement in sight - the war against insurgents in Afghanistan - that has now lasted over 16 years - continues to jeopardize the lives of civilians, who are now living under more threat than ever.

This week, two attacks in the country's capital of Kabul, left dozens of people dead and injured.

In the first attack on Wednesday, 48 people, mostly teenagers, were killed and 67 others were injured in a suicide bombing at the Mawoud Academy in west Kabul's Dasht-e-Barchi area.

The Dasht-e-Barchi area houses many of the members of the city's mainly Shi'ite Hazara community and investigators have said that the bomber targeted students that were receiving extra training as they prepared for university entrance exams.

The following day, on Thursday, gunmen attacked an intelligence training centre in Kabul, with the attack coming as the latest crippling blow by terrorists to government forces across Afghanistan.

Kabul police said that the firefight erupted near a training centre overseen by the National Security Directorate, which is Afghanistan's intelligence agency and that the gunmen were holed up in a construction site near residential buildings.

Gunfire echoed as humvees patrolled the empty streets and a helicopter circled above and commandos were deployed to contain the fighting.

On Friday, claiming that the attacks were part of its 'commando' operation, militants from the Islamic State militant group took responsibility for both the attacks in Kabul said that they had managed to cause high casualties.

Claiming the attack in its official Amaq news agency, ISIS said that about 110 people were either killed or wounded in Thursday's attack.

Meanwhile, in a statement, Kabul police spokesman Hashmat Stanekzai said that the attackers had fired rocket-propelled grenades as well as automatic rifles.

Stanekzai added that security forces had held back from assaulting the building where the gunmen had taken position and seven hours later, two attackers were killed.

However, Afghan officials have not released any official figure of deaths and injuries.

The ISIS threat has emerged in the war-torn country, that is already dealing with an increasingly violent threat from Taliban, that has been leading its own attacks in various parts of Afghanistan.

Taliban recently led a major assault in the eastern city of Ghazni, which reportedly killed at least 100 Security force members  and 20 civilians.

However, according to the UN, as many as 150 civilians were killed in the attack in the assault.

Afghan security forces have announced that after five days of fighting, they have regained control of the city and that Taliban fighters have now pulled out.

On Wednesday, as Afghanistan mourned the death of dozens of students in the education centre attack, Taliban issued a warning over its longstanding row with the Government.

Amid the row over treatment of Taliban prisoners in a jail in Kabul, Taliban militants warned that they could no long guarantee safe passage for Red Cross staff working in the country.

Further, the U.S. Defense Secretary Jim Mattis also warned on Thursday that further Taliban assaults are likely in the weeks ahead.

Since the recent upsurge in violence in Afghanistan, Mattis made his most detailed comments on Taliban's actions, and said that the insurgent group was likely to keep up its recent surge of violence in advance of scheduled parliamentary elections in October.

Mattis added that Taliban had six objectives in and around the city but had failed to seize any of them.

According to Mattis, some Taliban fighters were still holed up in houses in Ghazni and are "trying to get resupplied," but added that Western-backed Afghan defenses will not break.

He also pointed out that considering that businesses are reopening, and overall, "it's much more stable" in Ghazni, it showed that the Taliban have fallen short.

Mattis said, "They have not endeared themselves, obviously, to the population of Ghazni. They use terror. They use bombs because they can't win with ballots."

He also warned that the insurgents likely were trying to gain leverage in advance of an expected ceasefire offer by Afghan President Ashraf Ghani and that they were likely hoping to sow fear in advance of the October elections.

The U.S. official said, "They achieved a degree of disquiet but nothing more. So we'll continue to see this sort of thing. They will never hold against the Afghan army."