US Moves on Sanctions Against N. Korea Amid Skepticism 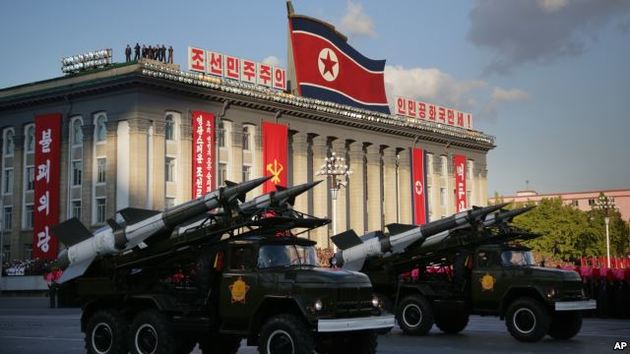 When North Korea conducted its fourth nuclear test, the communist country made clear that it wants Washington to change course on Pyongyang.

"Since the appearance of the word 'hostility' in the world there has been no precedent of such deep-rooted, harsh and persistent policy as the hostile policy the U.S. has pursued toward the DPRK," the state-run Korean Central News Agency said.

The aggressive rhetoric and the latest nuclear overture appear to have succeeded in getting attention from Washington.

Dennis Halpin, a visiting scholar at Johns Hopkins University's School of Advanced International Studies in Washington, said that since the test, North Korea has emerged as an issue in the U.S. presidential campaign.

The North Korean move came as the focus of the election was shifting from domestic issues to foreign policy issues following recent terrorist attacks in Paris and San Bernardino, California, according to Halpin.

"Kim Jong Un, because of this test, has added North Korea to the equation," he said.

Despite the heightened attention, Washington is not likely to change its approach to Pyongyang. Instead, it is seeking to tighten sanctions against Pyongyang.

While the Obama administration is leading diplomatic efforts to seek support for strong measures in the U.N. Security Council, Congress is pushing ahead on bills that would make U.S. sanctions against North Korea tougher. Last week, the House passed legislation that would authorize the seizing of any assets connected with North Korea's proliferation, illicit activities or human rights violations. The Senate is also expected to consider a bill to expand sanctions on North Korea.

However, whether the fresh sanctions will produce intended results remains unclear.

"The problem is that the U.S. has so little economic engagement with North Korea of any kind that it's hard to identify what we can do that would have a real impact," said Frank Jannuzi, president of the Mansfield Foundation, which promotes U.S.-Asia relations.

Jannuzi, who served as an adviser to the Senate Foreign Relations Committee, said that financial sanctions against Pyongyang might be "one remaining point of leverage" that Washington could pursue, but that securing support from Beijing remained a difficult task.

Keith Luse, executive director of National Committee on North Korea, a nongovernmental organization dedicated to fostering understanding and trust between the United States and North Korea, said the newly passed House bill was "understandable in the context of American frustration with North Korean actions," adding it could undermine humanitarian work in North Korea.

"The overall bill contains a number of provisions which makes it increasingly problematic for U.S. NGOs to operate inside North Korea," said Luse, who worked as an aide to former U.S. Senator Richard Lugar.

On Wednesday, U.S. Deputy Secretary of State Antony Blinken called on China to play a "special role" in tightening sanctions against North Korea.

"We believe China has a special role given the special relationship it has with North Korea," the senior diplomat told reporters in Seoul after meeting with South Korean officials. Blinken left for Beijing late Wednesday for talks with Chinese officials about North Korea's nuclear test.

U.S. Secretary of State John Kerry will also travel to Beijing next week to hold further talks with his Chinese counterparts.